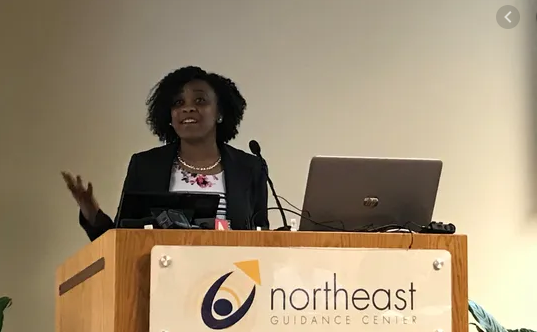 This year, Michigan-based organizations that help the homeless will get $73 million in U.S. Department of Housing and Urban Development grants.

The funds are part of $2.2 billion the federal agency is giving to homeless assistance programs in America.

“We have confidence you’re going to work to end homelessness,” Galvan said to a room full of people representing homeless care organizations as the grants were announced. “You have made a sacred commitment to end homelessness as we know it. We believe any homeless person in America is one too many.”

That $73 million will go to 274 organizations on what HUD calls the Continuum of Care. The continuum is a “broad array of interventions designed to assist individuals and families experiencing homelessness,” according to a statement from HUD.

The Homeless Action Network of Detroit, or HAND, was created in 1996, Gray said, as the lead agency for Detroit’s continuum of care.

“We were formed specifically for this role,” Gray said of HAND. “In 1995, HUD made a decision where they wanted more local input on who should be receiving funding for around homeless programs. I think there was a recognition by the federal government that (it is) far removed from the communities. And yes, it can fund a lot of different programs. But if it doesn’t know what local communities need, it’s just throwing money at a cause that may or may not be impactful.”