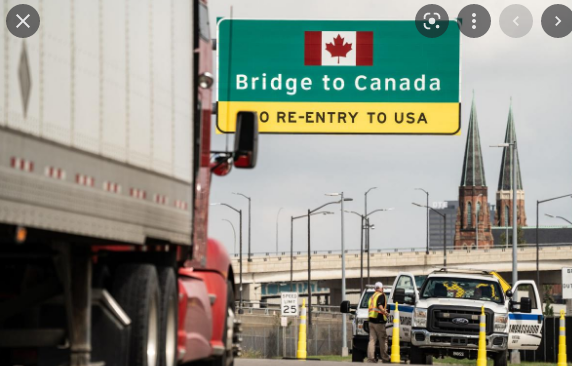 A Detroit journalist tweeted about her close call with an infamous United States-Canada border crossing. Thousands responded with horror stories of their own.

Speeding down Detroit’s Interstate 75, drivers who aren’t watching closely enough may find themselves barreling down exit 47B, to the Ambassador Bridge, which crosses over the Detroit River. In a viral tweet on Wednesday, Candice Fortman, the executive director of Outlier Media, shared a photo of the exit’s anxiety-inducing sign: “Bridge to Canada,” it reads, “no re-entry to USA.”

Source: Is the bridge to Canada one of Detroit’s most anxiety-inducing signs?