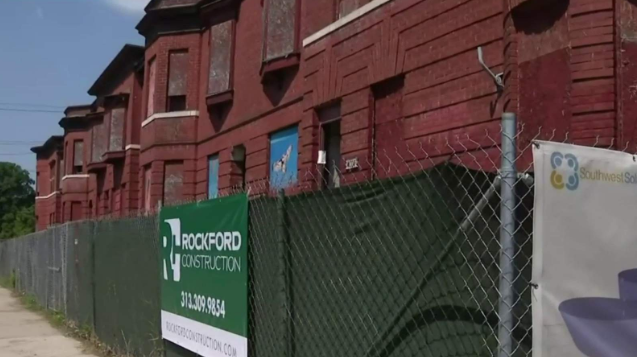 The row houses are just around the corner from Western International High School. Students there have had to walk by the abandoned structure for a generation. That’s all about to change as the building gets redeveloped.

With an assist from the city’s strategic neighborhood fund, the Murray Building is now set to become a 12-unit development. Three of the units will be dedicated to affordable housing.

“There’s a lot of people who want to live down here, but the places aren’t ready for them,” Apoloni said.

Developer W. Emery Matthews said he’s working with the neighbors to get the development right.