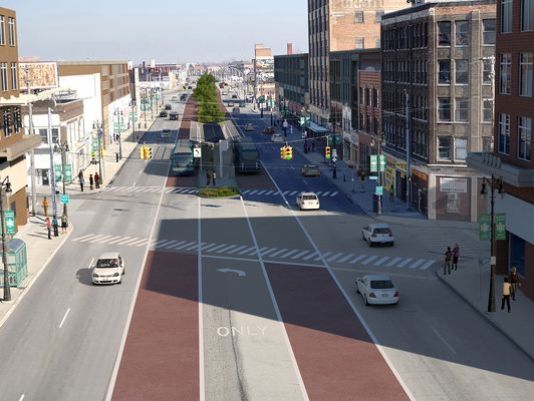 Representatives from Detroit and Wayne, Oakland, Macomb and Washtenaw counties worked out the deal during a meeting this afternoon at the Detroit Athletic Club downtown.

The agreement means the proposed 1.2-mill, 20-year transit plan is likely to go before voters in November. That was in doubt last week after concerns raised by Oakland County Executive L. Brooks Patterson and Hackel left the board of the Regional Transit Authority of Southeast Michigan unable to come up with the votes to put the millage on the ballot.

“I am satisfied that the accord we reached today not only offers something for our 40 communities and over half a million residents previously left out of the transit plan, but also incorporates the necessary protections we were seeking for Oakland County taxpayers,” Patterson said in a news release. “I’m grateful to my regional counterparts who joined me in moving forward.”