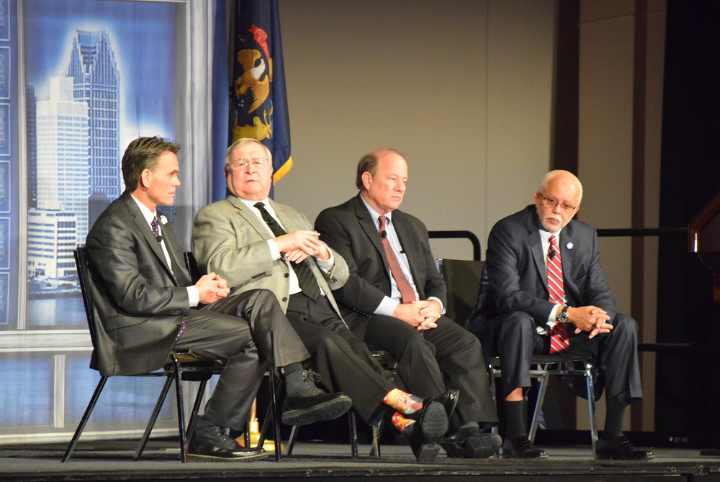 Political deals tend to get made when they have to, even when negotiations leading up to the deadline seem hostile and hopelessly entrenched.That’s why I’m not totally pessimistic about the possibility of Metro Detroit’s top leaders reaching a deal on a regional transit plan.But, still, it doesn’t look good. I was at the Detroit Economic Club Big 4 luncheon last week in Cobo Center, where the four kahunas — Detroit Mayor Mike Duggan, Oakland County Executive L. Brooks Patterson, Macomb County Executive Mark Hackel and Wayne County Executive Warren Evans — were supposed to announce an agreement on a tax levy for the November ballot that would fund the Regional Transit Authority.