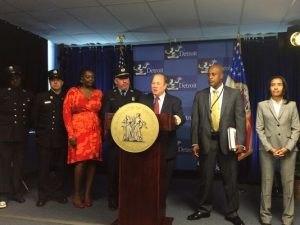 “This little bump here is what we needed … because we suffered after the bankruptcy,” Nevin said.

Wages in the fire department were cut by 20 percent during Detroit’s municipal bankruptcy.

Nevin said the median salary for a Detroit firefighter is currently $51,000.