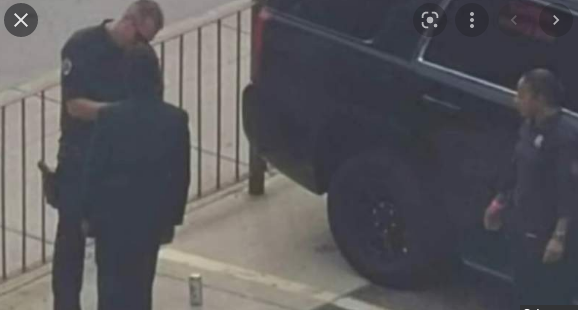 One Detroit police officer is being praised for helping a young man who was trying to learn how to tie a tie.

Cpl. Eric O’Neal is a K-9 unit officer with the Detroit Police Department but recently he was in the right place at the right time.

“I was there at 36th District Court for an exam for myself that we had,” O’Neal said.

As the officer was leaving, he noticed a young man who was in need of a hand.

“This young man came up and said ‘Does anybody know how to tie a tie?’,” he said. “Initially I had tried to tie it on him. It never works that way. So I put it around my neck, tied it. I put it around his neck and he kind of stood there for a second. So I flipped his collar up, got it squared away. Showed him what part of the tie to pull to make it longer.”