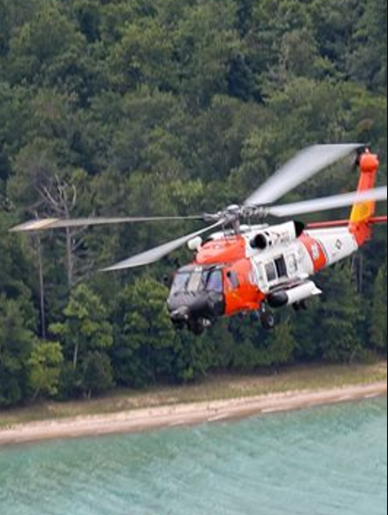 With Friday’s beautiful weather, the U.S. Coast Guard Air Station Traverse City wanted to do something a little special to boost the morale of people in Traverse City.

The coast guard flew three of their helicopters for an hour long training around the Traverse City area.

They say this was a great way to have the crew practice while also honoring our frontline workers.

“Overall, we’re just trying to spread to local community. We have a ton of support that we get from everybody here up in Traverse City that lets us do our job a lot easier,” said LTJG Alyssia LaMonaca. “We figured it was a good opportunity. Things kind of lined up perfectly having three up aircrafts get some formation practice and getting some good weather, being able to go out and support everybody.”

The Coast Guard flyover is one of several that happened this week statewide.

The Blue Angels flew over the metro Detroit area Tuesday, the same day that the Michigan Air National Guard flew Thunderbolts from Grayling to Traverse City and Grand Rapids.