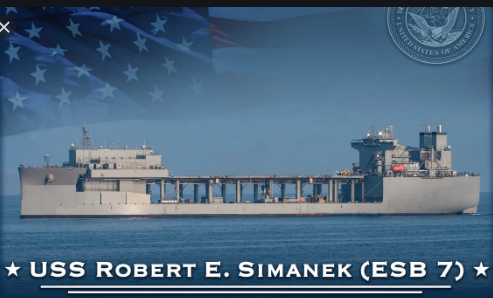 A highly decorated, 90-year-old Marine veteran from Oakland County, Mich. is getting more recognition for his Korean War bravery: a new U.S. Navy ship is to be named in his honor.

The Expeditionary Sea Base USS Robert E. Simanek is scheduled to be launched in 2024, according to Secretary of the Navy Kenneth J. Braithwaite.

Source: US Navy ship to be named for Medal of Honor hero from Korean War | American Military News