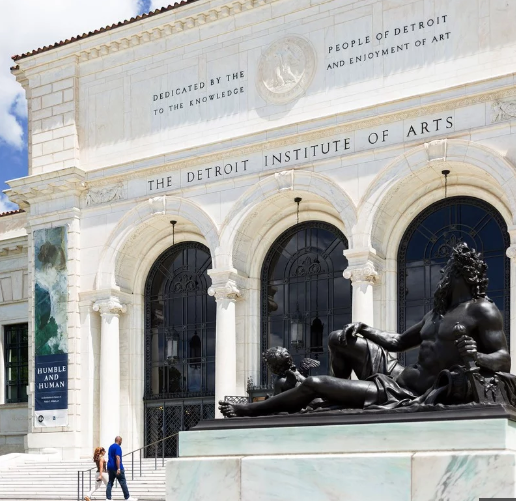 Because I live in Kansas and long ago tired of Wizard of Oz comments, I am not going to perpetuate another Midwestern stereotype. So I won’t open this article by saying how shocked I was that Detroit was more than a rusted-out city in the old Rust Belt.

While there are a few neighborhoods you’d do well to avoid (and aren’t there in every city?), the biggest city in Michigan faces Canada across the Detroit River and is full of truly beautiful places. The cuisine scene is out of this world, and the city’s many museums have enough exhibits to keep this nerdy girl busy for weeks.

From art to history and music to motors, here are eight museums you shouldn’t miss when you visit Detroit.

One of the largest history museums in the United States, The Henry Ford is located in the Detroit suburb of Dearborn, about 15 minutes northeast of the airport. The complex actually comprises three attractions: a museum dedicated to American innovation, a living history experience, and a factory tour.

At this Detroit museum, you can climb aboard the bus where Rosa Parks refused to obey segregation laws and relinquish her seat to a white man. You’ll also see the limo that was carrying President John F. Kennedy when he was assassinated in Dallas. A Model T, the Oscar Mayer Wienermobile, an early Volkswagen Beetle, George Washington’s camp bed, and Thomas Edison’s last breath (preserved in a sealed test tube!) are some of the museum’s other attractions.