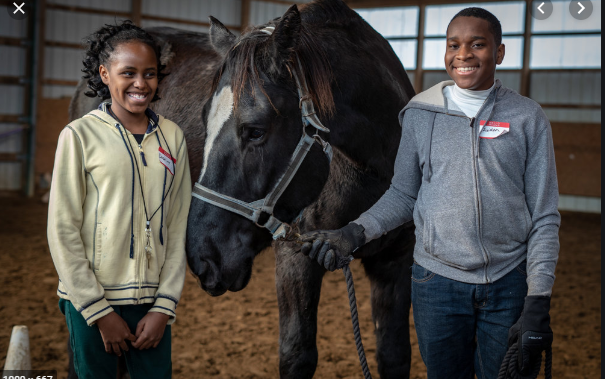 An old school site will get new life when it becomes the home of a program to train Detroit students to care for and ride horses.

In the process, these children are expected to develop skills such as perseverance, empathy, and confidence.

That’s thanks to a new partnership between the Detroit school district and Detroit Horse Power, a nonprofit that since 2015 has been teaching these lessons to children around the city.

The partnership means Detroit children will be able to learn to ride and care for horses in the city, on district-owned land that is now vacant but will eventually house a horseback riding center. The nonprofit will pay the district $1 annually for 25 years to lease the 18 acres of property at 2701 Fenkell.

Up until now, students participating in Detroit Horse Power programs have had to be transported to suburban locations to have access to horses. The nonprofit operates summer camps and an after-school program. Generous hosts have donated the use of their space and horses.

The partnership, Superintendent Nikolai Vitti said during a recent meeting, is an opportunity to bring the program to the city and eventually could lead to a career academy in veterinary studies in the district.

Detroit Horse Power was founded by David Silver, a former Detroit elementary school teacher who saw the social and emotional benefits students could get from learning to ride and care for horses. In addition to perseverance, empathy and confidence, Silver said, students also learn about responsible risk-taking and self-control.