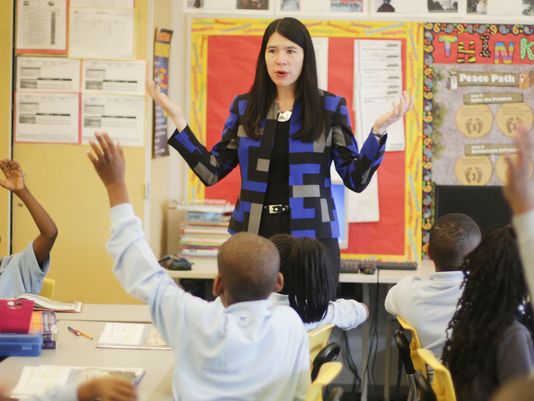 DPS officials began initial preparations months ago, and they’ve been working furiously in recent weeks with state officials, attorneys, turnaround experts, vendors and others to make the transition as smooth as possible.

Those efforts will continue through the summer and beyond, with a new school board elected in November that will take office in January.

“It is as big as any public-sector or private-sector merger, with two entities,” John Walsh, Gov. Rick Snyder’s director of strategy, said. “(The new district) is the surviving entity, and it (had)  to be ready to be fully operational on July 1. It’s taken many people many hours.”

Last week, the governor signed into law a controversial $617-million state-aid package that divides DPS into old and new districts. The old DPS will exist just to collect taxes for the purpose of paying down debt, while the new district is focused on educating kids.

The law restores control to a school board, adds additional financial oversight and ushers in other changes.