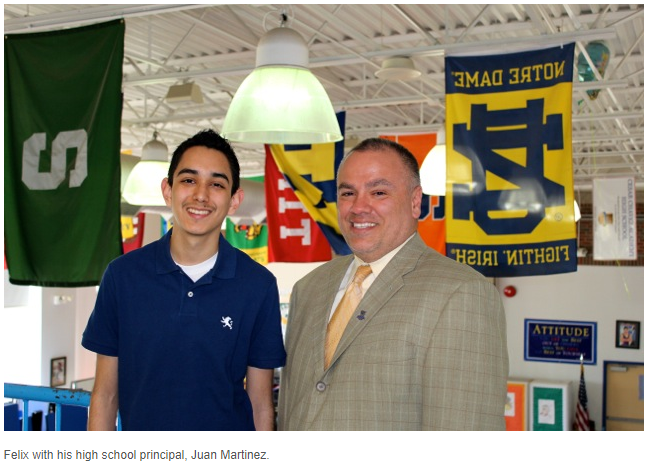 Driving down Waterman Street in Mexicantown in Southwest Detroit you pass boarded up houses, closed down businesses, and other things that make up too much of the city.Until you get to Cesar Chavez Academy. The school stands out like an island. No boards. No graffiti. No garbage in the parking lot. This is a place for learning.And it’s where Daniel Felix has excelled. He came to Detroit from Los Angeles as a child and lives a few blocks from the high school with his two brothers, a grandfather, and parents who speak mostly Spanish.Felix with his high school principal, Juan Martinez.That’s not unique in his neighborhood. What’s special about Daniel is that he’s headed to one of the top universities in the world later this fall.

Source: From Detroit To The Ivy League: One Student’s Journey [Michigan Capitol Confidential]