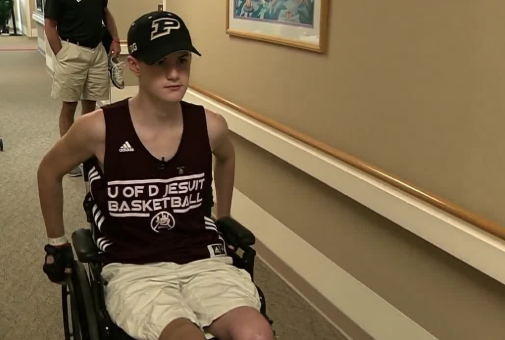 It’s coming on graduation season, but I’ve already heard the best commencement speech of the year. It wasn’t delivered in a cap and gown, over a microphone, or to the sound of applause. Instead, it came in a phone interview, with a somewhat tired high schooler who had been to his prom the night before.

Sean English has had a heck of a senior year. Thirteen months ago, he and his parents were on their way to church for a school singing event, when they spotted a Jeep on I-96 that had flipped over with six teenagers inside. They stopped to help. As English recalls, “It was a family decision to stop.” There was never a thought of driving past.

Another car stopped as well. Out stepped a woman named Cynthia Ray, a pulmonary and lung cancer doctor at Henry Ford Hospital. Both she and Sean’s family tried to help the teens.

It was a pure act of kindness. But it was not rewarded in kind. Instead, another vehicle came quickly around the curve, driven by a young man the same age as English. This young man, who would be determined to have marijuana in his system and beer cans in his vehicle, lost control of his car and slammed into the good Samaritans.

English would lose his leg.