AN EVENT OF THE STEMinista PROJECT

Driving Detroit to Become a Leader in STEM Workforce Development

As Michigan’s economy and labor market continues to recover, it has become apparent the state needs to focus on building its talent pipeline, specifically in STEM (science, technology, engineering and math) fields. According to a recent study conducted by the state, STEM job opportunities are expected to grow by 11.8 percent through 2020. In an effort to engage more girls in STEM, the Michigan Science Center (MiSci) has launched The STEMinista Project, a comprehensive initiative designed to support and cultivate interest in STEM among 4th – 8th grade girls. 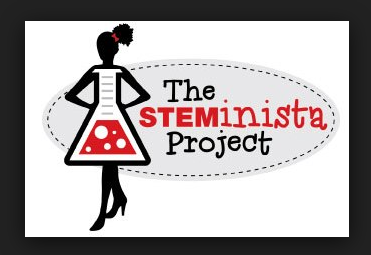 “Research tells us that middle school can be a ‘make or break’ time in building interest in STEM and STEM careers,” said Dr. Tonya Matthews, president and CEO of MiSci. “This is an especially tough period for keeping girls interested in science and math. Nearly half of our workforce is made of women, but less than 25 percent of our STEM workforce includes women – that means significant a portion of our workforce is opting out of STEM careers. That is not a sustainable path to innovation or filling our STEM pipeline and we must begin focusing on this issue at early ages.”

The goal of The STEMinista Project is to defy statistics and raise expectations by sparking and maintaining an interest in STEM in elementary and middle school girls. The program will engage girls with authentic STEM experiences designed to increase their interest, confidence and skill sets in STEM. Additionally, the program has solicited STEMinista Role Models, women who have successful careers in STEM, to share their stories and motivate the young STEMinistas.

According to Seun Phillips, MiSci’s vice president of Education and Engagement, “through these encounters, we will inspire girls to leverage their interests and skills into the STEM careers and STEMpreneurship that support their dreams and create a meaningful impact in the world.”

As part of The STEMinista project, on March 4, in partnership with Detroit Public Television and ITC Holdings, MiSci hosted a special conversation on the challenges, successes, and progressive strategies in gender diversification within the STEM workforce. A thought-provoking keynote from Major General Gwendolyn Bingham, Commander of the TACOM Life Cycle Management Command was followed by an exciting introduction of The STEMinista Project from Matthews, featuring female students from MiSci’s junior docent program. Key partners of The STEMinista Project were also present, including Founding Community Partners, Wayne State University and InForum.

“We are excited about our partnership with the Michigan Science Center and The STEMinista project,” said Rich Homberg, president and CEO of Detroit Public Television. “Engaging students in the STEM fields is critical to a successful workforce. With the power of public media and our partners, we are uniquely positioned at DPTV to provide parents, educators and kids with the learning tools and resources they need to explore new ideas and opportunities.”

MiSci and DPTV are also producing a video series called My STEM Hero. These profiles will be broadcast on DTPV and will be incorporated into The STEMinista Project role model database and curriculum. The video series is scheduled to launch this month on DPTV.

For more information on The STEMinista Project or to sign up as a STEMinista girl or role model, visit Mi-Sci.org/steminista-project.

Detroit Public Television (DPTV) is the non-commercial, viewer-supported PBS-member station watched by more than 1.5 million people in Detroit and Southeast Michigan and another 1.2 million people throughout Canada. DPTV also manages WRCJ 90.9 FM, Detroit’s classical and jazz radio station, in collaboration with the license-holder, the Detroit Public Schools. The radio station is located in the Detroit School of Arts. DPTV is licensed to the Detroit Educational Television Foundation and governed by a volunteer board of trustees from the local business, civic, and cultural communities.