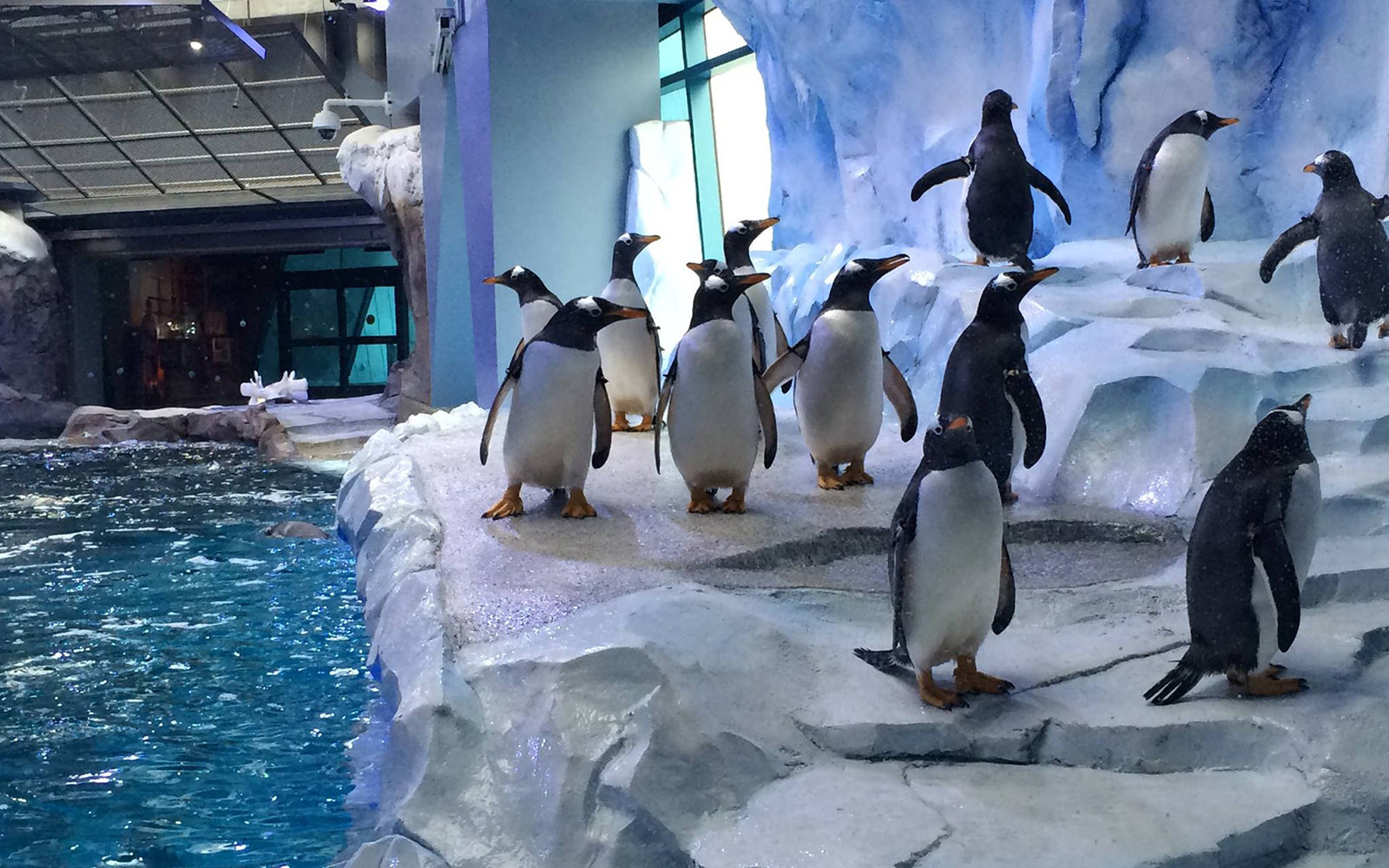 The Detroit Zoo’s new home for penguins is billed as the world’s largest zoo display of these zany aquatic birds. Visitors can see more than 80 penguins — waddling, swimming and staring back — from a stunning range of viewpoints.

What penguin fans can’t see is the equally stunning effort it took to conceive, design and build this center, with its staggering price tag: $30 million. Teams of architects and engineers from Detroit to Seattle collaborated to build the landmark exhibit, aimed at pushing the envelope for realistic zoo habitats that both conserve species and educate humans.

“We spent nearly four years on this, from utter start to finish,” said John Hrovat, director of architecture and design for Albert Kahn Associates in Detroit.

The technology and brainpower behind the Polk Penguin Conservation Center is as impressive as the top swim speed of a Gentoo penguin: 32 m.p.h. From the heads-up displays whose engineering was developed by auto supplier Denso, and used in cars such as the new Corvette, to the extensive energy-saving heating-and-cooling systems used to keep the penguins’ air at a constant 37 degrees while visitors loll at 70, the center is a dense pile of advanced technology.

“This thing is an aquarium, an edu-tainment facility, an animal conservation center and, really, a giant refrigerator,” said Hrovat, lead design architect of the center.

“When you’re walking through, you’re in 70 degrees Fahrenheit, but on the other side of the glass you have 37 degrees for the penguins and it has to be that way, year-around.

“You also have a huge water filtration system. It’s an incredible infrastructure that was quite a challenge to design,” Hrovat said. The storied Albert Kahn firm, founded in 1895, has designed virtually every other type of structure in the Motor City — from car factories to athletic clubs. The penguin center was its first take on doing a complete zoo exhibit, although the firm has made modifications to other Detroit Zoo exhibits.

The penguin center’s exterior alone is a remarkable step forward for zoos, a first effort to mimic the shape and scale of a slab-sided “tabular” iceberg like those said to be calving at increasing frequency from the ice sheets atop both poles of the earth as a result of global warming, said Albert Kahn Associates architect Shelli Jaeger, one of seven architects, engineers and designers from the firm on the project.

“We weren’t looking for the perfect iceberg. We were looking for common features of icebergs,” including crevasses, the deep folds in ice formations that allowed for the entryway and exit of the building, Jaeger said.

Designers aimed to mimic the look of a tabular iceberg, the younger bergs that have recently calved, or broken off, from far larger ice sheets, before drift and changing shape as they gradually melt, she said. Inside the building, a team of three Seattle-based landscape designers from Jones & Jones Architects conceived the penguins’ like-home seascape. Each element of simulated rock and ice was sculpted of concrete entirely by hand, zoo officials said.

The cost of the new center was underwritten with an initial gift of $10 million from the family of Steven and Bobbi Polk, heirs to an automotive-supplier fortune. The final tab will be three times that, and worth every penny, insisted Detroit Zoo Director Ron Kagan, as he escorted media through the center last week.

“We wanted people to be in awe of nature, and then to walk out of here taking away some significant insights about our environment. I think this accomplishes that,” Kagan said.