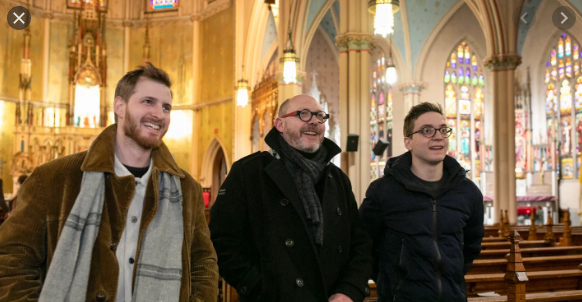 Theo and Jean Laumet grew up hearing stories of their family ties to the man who founded Detroit and inspired the Cadillac brand.

But the story was always something of a family myth.

It was not until the family made a return trip to the city that they came to know  the full scope of their roots in Detroit.

Theo, Jean and their father, Francois, are direct descendants of the man considered the founding father of Detroit — Antoine de la Mothe Cadillac. Born Antoine Laumet in the south of France, Cadillac came to what was called New France in 1683, where he became known as an excellent navigator. He set out on an expedition, ending on the Detroit River in 1701.

He and the 100 men who set out with him claimed the land where Fort Pontchartrain du Detroit was established. Cadillac and others founded Ste. Anne’s Church two days after the city on July 26, 1701. Ste Anne’s Church, which stands at 1000 St. Anne Street in Detroit, is the second-oldest continuously operated parish in the U.S.