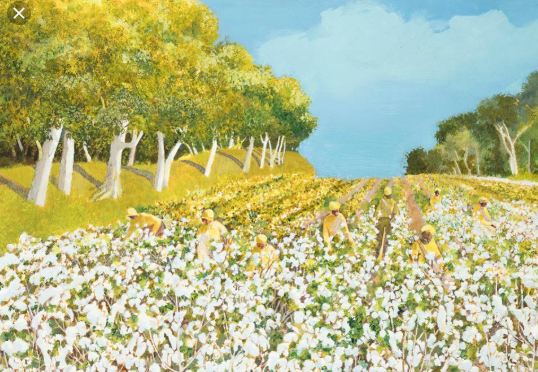 America’s Great Migration saw an estimated six million black residents abandon the South for the Northeast, Midwest and West between 1916 and 1970. Detroit served as a popular destination with tens of thousands of African-Americans moving there in search of greater economic opportunity and social equality.

Among their ranks were those who would fill the factories and build the cars the city became world famous for.

There were also artists.

When mixed with the city’s homegrown creatives, the combination created a robust African-American artistic community. That community and its work is the focus of “Detroit Collects: Selections of African-American Art from Private Collections,” on view at the Detroit Institute of Arts through March 15.

“Black artists’ organizations such as the Pen and Palette Club formed by the Detroit Urban League in 1925 offered young artists free training, studio space and the opportunity to exhibit their art,” General Motors Center for African-American Art at DIA curator Valerie Mercer said, singling out one of the numerous local organizations which supported African-American art through the decades. “(The Club) was also a significant meeting place for Detroit artists who would influence the art scene in the city over the next twenty to thirty years.”

Two of those artists were Charles McGee and Leroy Foster who met while taking classes at the Pen and Palette Club in 1940. Both have work included in this exhibit.

The DIA began collecting African-American Art in 1943 when it accepted a donation of prints from the Works Progress (later Works Projects) Administration (WPA). During the Depression, the WPA’s Federal Arts Project employed thousands of artists and sponsored artworks. As WPA workshops began disbanding with the U.S. wartime economy roaring, a percentage of its artworks were disbursed to museum collections throughout the country. Included in the WPA’s donation to the DIA were prints by African-American artists Sargent Claude Johnson, Dox Thrash and Ralph Chessé.

Source: Detroit As Focal Point For African-American Art, And Collectors, Highlighted At Detroit Institute Of Arts