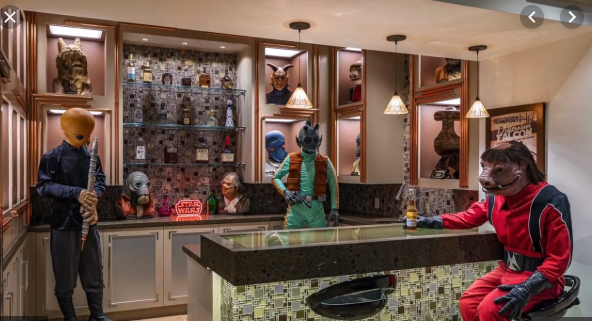 In some ways, the overflow storage facility for the Detroit Historical Society isn’t all that different from a grandmother’s attic. There’s a bunch of old board games, tons of out-of-date clothing and dusty sewing machines.

But that’s about where the resemblance ends. Chances are Grandma never had an iron lung, the arrow said to have killed Gen. George Custer or Mayor Coleman Young’s armor-plated limousine.

“It’s magical in here,” Elana Rugh, president and CEO of the historical society, told The Detroit News while talking in the warehouse officially known as the Collections Resource Center, a nondescript wood-frame building at Historic Fort Wayne. “There’s so much people don’t know.”

Indeed, there’s so much the society itself doesn’t know, which is why Rugh and Jeremy Dimick, director of collections, are partway through the institution’s first-ever, wall-to-wall inventory review to document what they’ve got in the sprawling, 75,000-square-foot facility that started life as a truck depot during World War II.

Case in point? Poking through the Native American collection recently, Rugh came upon the arrow with a tag reading, “Arrow that killed Custer.” The only problem, as Rugh points out, is that Custer died from a bullet wound. But she’s willing to cut the unknown individual who wrote the tag some slack.

“Maybe the arrow hit Custer beforehand,” she said. “In any case, someone believed the arrow did it.”

The resource center, like Fort Wayne itself, is not open to the public, though Rugh says they’re considering opening it on special occasions.

Few museums, of course, can display all their holdings.

The Detroit Institute of Arts owns some 65,000 works, but only 10% are out at any given moment. The Historical Museum and Dossin Great Lakes Museum exhibit roughly 5% of the society’s much-larger collection, which numbers around a quarter-million artifacts. So the challenge facing Rugh and Dimick in completing the inventory, which launched in 2014, is particularly daunting.

If they had 30 people working full-time on it, Rugh figures they could wrap up the process fairly quickly. “But at the pace we’re going,” she said, even with the hoped-for addition of two part-time employees, “it will take years.”

This work comes as both the Historical Society and the Charles H. Wright Museum of African American History are exploring the possibility of putting a 10-year millage on an upcoming Wayne County ballot that could clearly help with staffing issues. The two institutions have in mind a 0.2 mill tax that would raise $8 million annually.

But it’s not just a matter of manpower, counting and recording. Quickly running out of room for storage, and with donations from the public still pouring in, the society needs to decide what merits hanging on to, and what can be pitched — or in museum parlance, “de-accessioned.”

Since the society’s collection belongs to the citizens of Detroit, strict rules govern taking anything out. “We don’t just sell it on eBay,” Rugh said, “tempting though that might be.”

Dimick notes under ethical rules governing the museum industry, the most acceptable step would be to find another institution that might want the object in question.

“So it could be donated or sold,” said Rugh. “The last resort would be a public auction so that everybody has a chance to get at it.”

Donations still come in weekly. A committee of the museum’s board meets each month to decide what gets in and what doesn’t. But they have to be selective.

“At this point,” Rugh said, “new objects have to have true relevance to the city of Detroit and really good provenance. Space considerations in mind, we have to be really careful about what we collect.”

From time to time, the museum puts out a call on specific topics, as it did with its award-winning “Detroit 67: Perspectives” exhibition about the city’s uprising, which will be up through May this year. Come spring, they’ll be looking for artifacts for an exhibit on Fisher Body, the automotive giant founded by the Fisher Brothers in 1908 eventually sold to General Motors.

To make the collection accessible to the wider public, Dimick and staff have digitized some 80,000 objects including film, photographs, maps and journals dating back to the early 1800s, now available for viewing on the society’s website. At present, they’re moving onto three-dimensional artifacts, such as their 20,000-piece textile and clothing collection, including 800 pairs of shoes.

That still leaves an awful lot to be cataloged.