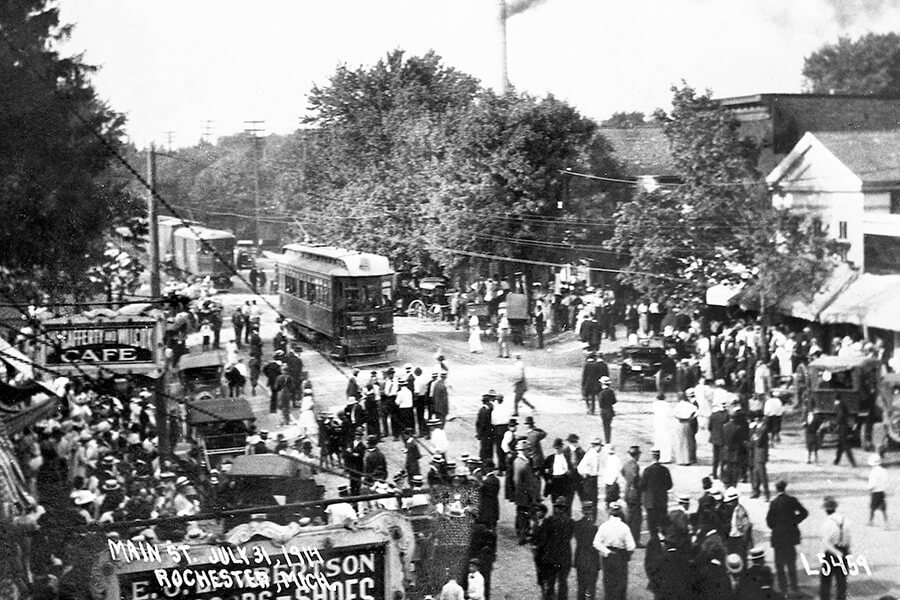 Rochester and the Detroit United Railway is a story of the Flint Division of the Detroit United Railway (DUR) and the communities along the DUR Flint Division route.  Spanning some 300 pages, this beautiful hardcover book contains over 150 photographs, many never previously published, railway maps and even a copy of an actual train schedule from 1927.  In addition to this rich historical archieve, ten short stories have been included about people, places and unique features along the DUR.  Not only is this fascinating book about Rochester, but it also features other communities along the DUR: Detroit, Royal Oak, Stoney Creek, Washington, Romeo, Almont, Imlay City, Lake Orion, Oxford, Ortonville, and Flint. The arrival of the Michigan Central Railroad in 1872 connected Rochester to Detroit, providing fast passenger and efficient freight service.  Rochester was no longer isolated and it was now possible to receive freight and ship products beyond the local area. The Michigan Air Line Railway reached Rochester in 1879 from Richmond and connected Rochester to Pontiac in 1880.