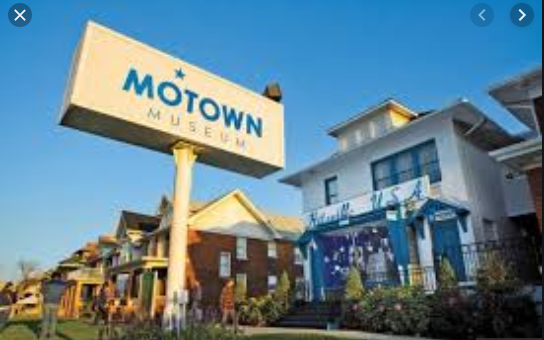 A journey in search of a great landmark should be an exercise in the obvious. You would not, after all, wander blindly past the Eiffel Tower, nor amble through Giza unable to spot the Pyramids. But by the time I arrive at the Motown Museum – four miles into the mass of housing that fans out north-west of downtown Detroit – I have driven up and down the roaring West Grand Boulevard on which it sits five times. Even then, it is only once I have turned off the engine that I notice – I have pulled into the car park not for the spiritual heartbeat of the US’s most fêted record label, but for the funeral director James H Cole next door.

In a way, this is fitting. The musical force which made stars of Diana Ross, Marvin Gaye, Smokey Robinson and Stevie Wonder sprang from humble origins – the single building, a former photographer’s studio, where the Michigan entrepreneur Berry Gordy Jr set up Tamla Records on 12 January 1959.

Within a year, he had changed the name of his project to its now eternally recognisable tribute to Detroit’s car-making heritage; within half a decade, he was running a multi-million-dollar business. But the classic songs that hit the airwaves – from the easy groove of Barrett Strong’s “Money (That’s What I Want)” to the heavyweight soul of Gaye’s “What’s Going On” – came to life in a few square metres at the side of a truck-filled highway. If 2648 West Grand Boulevard is unobtrusive in 2019, it would not have grabbed the passer-by’s attention with much more fervour 60 years ago.

Motown did grab attention, of course. A good deal of it. Last week saw the cinematic release of Hitsville: The Making of Motown, a documentary dissection of a phenomenon that not only produced some of the Sixties’ best-loved tracks, but one that helped to reposition black music at the centre of American culture and, via the power of melody, pushed back at racial tensions in a country beset by division.

It makes for fascinating viewing – although there is no substitute, maybe, for a tour of the “maternity ward”. Stepping through the door, I am aware, simultaneously, of both the holy soil on which I am treading, and the compact near-mundanity of it all. I could be entering a dentist’s surgery in a small town but for the exhibits which adorn the narrow corridors.