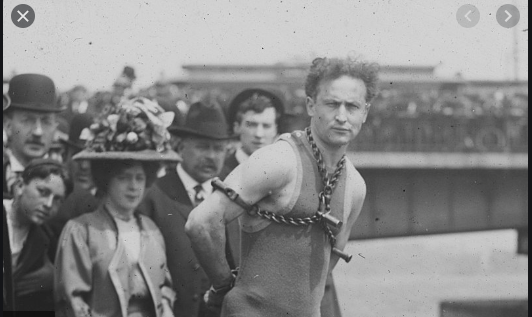 If you’re a lifelong Detroiter, you’re surely aware that our city has served as a backdrop to many historical events throughout the generations. From bootleggers crossing the Detroit River during Prohibition to the rise and fall of the auto industry to the birth of Motown, the Motor City has long played a role in state and national history. There’s one fascinating event, though, that’s not quite so well known – and we think it’s worth examining in more detail.

You don’t have to be a magic buff to know about Harry Houdini. After all, this incredible illusionist and stunt performer is practically synonymous with his fascinating field.

Throughout his career, Houdini garnered fame for his escape tricks and seemingly impossible feats. Admirers of all ages were enchanted by his mysterious talents.

While the basics of Houdini’s life are common knowledge, the story of his death is less well-known. Most Detroiters don’t realize that he passed away here in the Motor City.

On October 24th, 1926, Houdini took the stage for what would be his last performance at Detroit’s now-demolished Garrick Theatre, which sat at 1122 Griswold St.

Many urban legends state that Houdini died while performing, but this isn’t quite true: in actuality, he collapsed onstage and was moved to nearby Grace Hospital.

The beloved illusionist ultimately passed away in his Motor City hospital room on Halloween night. The true cause of his death is unconfirmed, but one theory is popular.