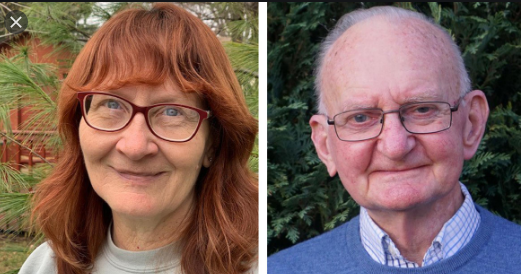 Frank Murphy might be Michigan’s best-known Irish American. He was the 55th mayor of Detroit and the state’s 35th governor. President Franklin D. Roosevelt appointed him as U.S. Attorney General in 1939 and to the U.S. Supreme Court in 1940. The Third Circuit Court building in downtown Detroit is called the Frank Murphy Hall of Justice.

Murphy’s family story is included in the new book, “Irish Immigrants in Michigan: A History in Stories” by Elizabeth Rice and Pat Commins.

“There was so little written about them, we wanted to put something on paper.” — Pat Commins, co-author of “Irish Immigrants in Michigan: A History in Stories”

The authors collected stories of families who emigrated from Ireland to Michigan, though most were not as famous as Frank Murphy.

Commins, who lives in Ireland, says their research began in a cemetery in Owosso, Michigan.

“I was absolutely amazed at the headstones of the Irish immigrants in it,” he says. From there, he and Rice traveled to all 83 Michigan counties, visiting more cemeteries, libraries and museums. They met archivists, historians and genealogists.

“There was so little written about them that we decided to put something on paper,” Commins says.

The stories are short. Rice says that’s by design.

“By doing a separate story for each county, we wanted to make it an easy read,” she says. “You could read one story, put it down, come back the next day and pick it up again.”