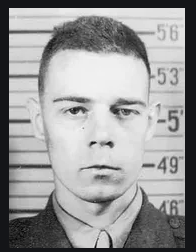 Three-quarters of a century after he was killed in World War II, a metro Detroit soldier has finally come home.

Likens, of Mount Clemens, was only 20 when he was killed in a battle in 1943 on the Pacific atoll of Tarawa. For decades, his family held out hope his body would be found.

World War II Marine Corps Reserve Private First Class Kenneth W. Likens, 20, of Mount Clemens, whose remains were accounted for May 31, 2019, more than 75 years after he was killed in action in 1943. (Photo: Defense POW/MIA Accounting Agency)

In September, it was announced that Likens was accounted for in May of this year —  more than 75 years after he was killed on Nov. 22, 1943.

Likens was among about 1,000 Marines and sailors who were killed in the battle; with more than 2,000 wounded, The Defense POW/MIA Accounting Agency previously said.

It said that Likens was a member of Company B, 1st Battalion, 6th Marine Regiment, 2nd Marine Division, Fleet Marine Force, which landed against Japanese resistance on the small island of Betio in the Tarawa Atoll of the Gilbert Islands.