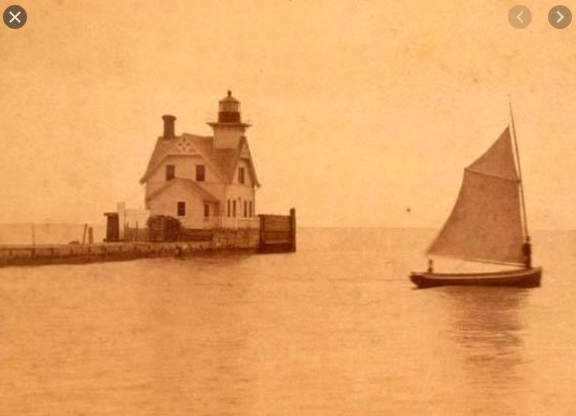 Peter “Uncle Pete” Gussenbauer – keeper of the old Monroe Lighthouse – was a blacksmith by trade. Here’s his story.

As I’ve been exploring and learning more about interesting people, places and events in Monroe history, it has been interesting to identify those individuals I would have liked to have met in person, locations to have visited circa that actual date, and events attended as they happened in real time.

With respect to Monroe historical figures I would have liked to have met, Peter “Uncle Pete” Gussenbauer – keeper of the Monroe Lighthouse – ranks high on the list.

Born June 10, 1842, in Monroe, Gussenbauer was a blacksmith by trade – having trained as an apprentice under Jacob Krull Sr. as reported in Gussenbauer’s April 15, 1904, obituary, published in the Monroe Record. Prior to becoming a lighthouse keeper, Gussenbauer served as a blacksmith both in Canada and in Lenawee County’s Fairfield Township. However, it was his 16-year tenure as the keeper of the Monroe Lighthouse (beginning in 1888) that made him known as a colorful character at Monroe Piers and around Monroe’s Lake Erie Shoreline.

Gussenbauer’s popularity with Monroe residents and visitors who visited the Monroe Lighthouse (as well as sailing/yachting and commercial shipping communities of the day) was duly noted in his obituary narrative: