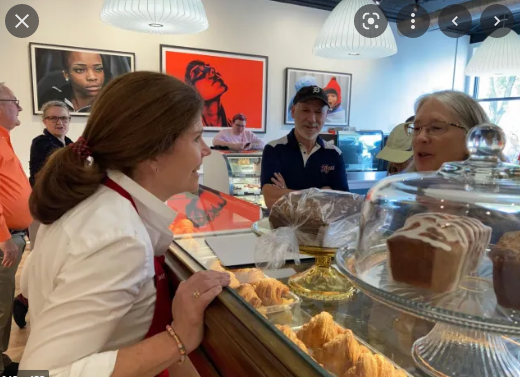 The new Give Thanks Bakery in downtown Royal Oak follows more than a century of tradition at the site of what used to be Hermann’s Bakery at 317 S. Main Street.

Owners Katy Knoer and her husband, Dietrich Knoer, residents of the city, celebrated Tuesday with customers, friends and city officials after opening their bakery last month.

The couple already has Give Thanks Bakery locations in Rochester and Midtown Detroit.

Their building in Royal Oak was built in 1902, and first operated as Dondero’s Bakery until 1942. After that, Hermann’s Bakery operated there until 2019, following the death of owner Richard Hermann.