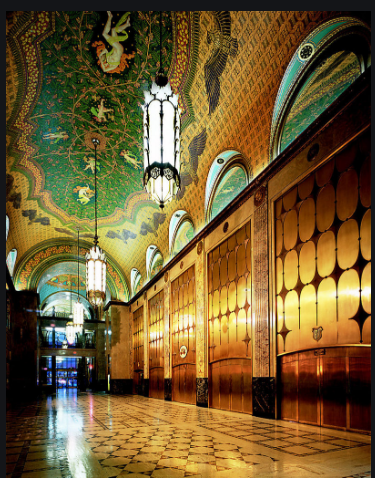 Think of Detroit’s landmark 20th-century buildings, and the name Albert Kahn also springs to mind. The German-born architect designed many of Motor City’s most beloved buildings, ranging from Art Deco skyscrapers to temples of industry, leaving his indelible thumbprint on every corner of the city.

To mark Albert Kahn Associates’ 125th year in business, the firm has released an interactive map of Detroit that allows users to explore its legacy projects across the city and beyond, including buildings in Birmingham, Alabama, and abroad in London, UK and São Paulo, Brazil.

Working with his brother Julius – who patented the Kahn System of truss-reinforced concrete – Albert Kahn mastered ‘assembly-line architecture,’ building the Packard Automotive Plant and facilities for Ford and General Motors among other titans of industry.

The map provides info and images of the Kahn brothers’ 1930s and 40s historic structures as well as the practice’s current works, which now total around 54,000 projects worldwide.