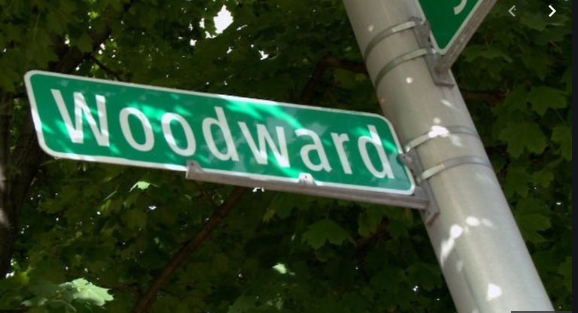 Woodward. Cass. John R. You’ve driven on the roads, but do you know the history behind their names?

We have a lot of automotive history in Michigan, but we actually have a long list of national firsts when it comes to automotive infrastructure.

In 1909, Michigan had the nation’s first mile of concrete highway built by the Wayne County Road Commission (Woodward Avenue between 6 Mile and 7 Mile roads in Detroit).

In 1922, Michigan had the nation’s first practical highway snowplow.

In 1927, Michigan was the first to use yellow centerlines to designate no passing zones.

In 1977, Michigan was the first to construct a bicycle path alongside an interstate freeway. (the 37-mile-long I-275 path)

We have so much history in the state — it’s almost overwhelming.

WOODWARD, AUGUSTUS Augustus Brevoort Woodward was born in New York City in 1774. After college, he became the first practicing lawyer in Washington, D.C. An acquaintance of President Thomas Jefferson, Woodward was appointed as a territorial judge in the Michigan Territory, arriving in Detroit just days after the 1805 fire. Emulating Washington, D.C.’s hub-and-spoke street plan, Woodward laid out a striking vision for his new hometown, including a main thoroughfare that bears his name.

When the British occupied Detroit during the War of 1812, most American officials departed. Woodward remained, advocating for fair treatment of the town’s citizens. Following the conflict, in addition to his court docket, he endeavored to establish a university, laying the groundwork for the University of Michigan.