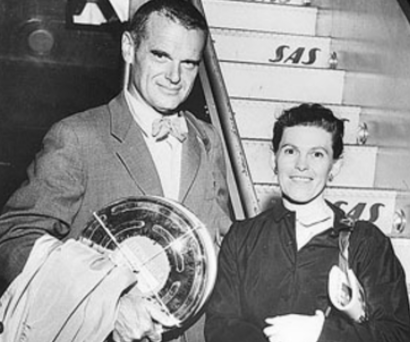 Get inside the minds and the workspace of Charles and Ray Eames, two of the 20th century’s most influential designers. At The World of Charles and Ray Eames — making its U.S. premiere at Henry Ford Museum of American Innovation — hundreds of the couple’s most enduringly influential works, including architecture, furniture, films and more, come together to form an inspiring visual adventure full of color and ideas. Take a trip through the innovators’ careers, and explore the output of the Eames Office, where many of the team’s groundbreaking ideas were realized.

This exhibit provides a comprehensive timeline of postwar modernism through the lens of two of its most talented practitioners. Surround yourself with the tirelessly curious thinking that shaped the movement, and learn what’s possible when you break free from creative boundaries.

Source: The World of Charles and Ray Eames – The Henry Ford