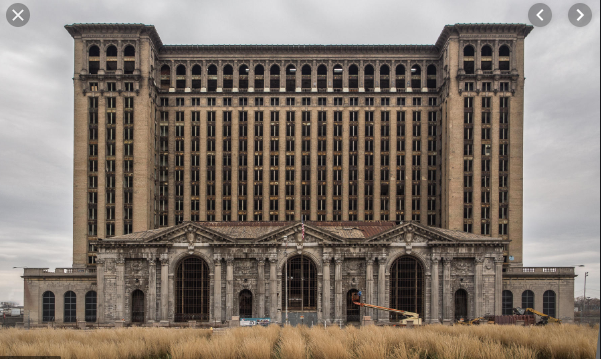 The first train rolled out of Michigan Central Station on Dec. 26, 1913.

The locomotive was headed to Saginaw Bay, and a train from Chicago arrived at the new station later that evening.

Michigan Central was originally scheduled to open in 1914, but a fire at the old depot at Third and Jefferson avenues forced the station to open early.

“The new station stood last night, lights shining from windows high above the building line in the neighborhood, a sentinel of progress,” the Detroit Tribune published after the station’s rushed opening.