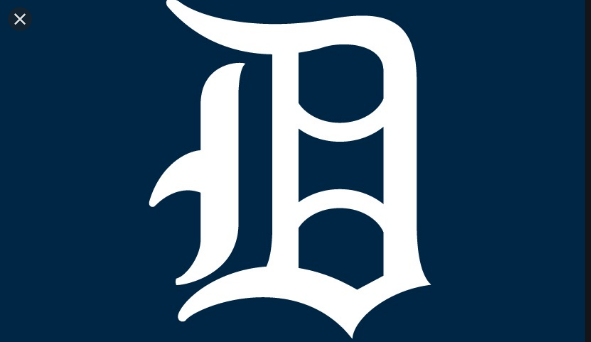 The Old English D has become so iconic with the Tigers that one look at the cap instantly brings up an association with Detroit. While other sports logos and letters have been fashion trends over the years, the Old English D is not only local, but it’s often civic. However, it took a while for the lettering and the team to become linked.

Detroit’s baseball teams had an off-and-on relationship with the logo for many years. According to Cliff Corcoran of Fangraphs, the first use of the Old English D came from the National League’s Detroit Wolverines in the 1880s. A photo from 1881 shows the logo in the middle of the front of the jersey.

The Wolverines dissolved after the 1888 season, but according to renowned sports graphic designer Todd Radom, the logo returned with Detroit’s team in the Western League, the predecessor to the American League. The Feb. 29, 1896, edition of the Detroit Free Press, having talked with owner George Vanderbeck, references a “German letter ‘D’” on the front of the uniform.