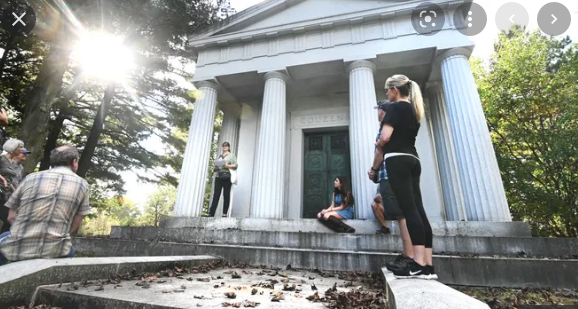 Despite all the luminaries at Woodlawn Cemetery, one of the most visited sites involves someone who isn’t buried there.

That would be Michael Jackson. When the King of Pop died in 2009, fans left mash notes and stuffed animals at the Motown Historical Museum in Detroit. The tributes were placed in a vault and buried at Woodlawn.