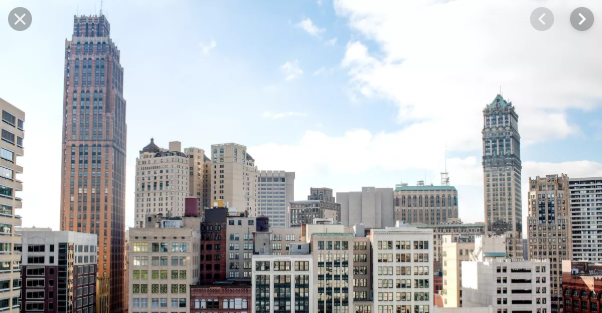 The 2010s were a time of great change in Detroit. In 2013, the city went through the largest municipal bankruptcy in the history of the United States. Soon after, a period of “revitalization” began that saw numerous vacant buildings get redeveloped, property values rapidly rise, and interest renew in a city that had been a national punching bag for years.

But it wasn’t all positive over the last decade. Despite some important historic redevelopments, other buildings were demolished. The foreclosure crisis hit Detroit harder than any other city in America. And gentrification continues to be a controversial subject.

Let’s recap some of the trends that defined Detroit during this decade of change.

The lowest point in the decade was, in hindsight, the start of Detroit’s upward trajectory. But it might not have seemed like it at the time.

Michigan’s Emergency Manager law has been incredibly controversial since its adoption in 1988 and its strengthening in 2011. Detroit is one of the municipalities where the law was used this past decade, and there were profound consequences for both the city and its public school system.

There’s not nearly enough space here to evaluate the efficacy of the law, but here are the details. Soon after Kevin Orr was appointed as Detroit’s emergency manager in 2013, Detroit filed for Chapter 9 bankruptcy. A “Grand Bargain” was negotiated between Detroit and its debtors—with many millions of dollars in contributions by foundations and the DIA, as well as cuts to pensions of former city employees—that allowed the city to emerge once again in control of its finances after just 17 months.

While Detroit may not be flush with money today, it’s at least stable enough to invest it itself again.

Detroit Public Schools did not emerge from bankruptcy so quickly or as healthy. During the time it was under emergency management from 2009 to 2016, numerous schools were closed as a cost-cutting measure, but the system only get worse. Towards the end of the decade, the board was given back control, a new superintendent hired, and a new school district founded—perhaps now it can begin an upward path similar to the city as a whole.

Nothing demonstrates how far Detroit has come than seeing how far downtown has come. At the beginning of the decade, downtown was in decline, with dozens of vacant buildings and little nightlife. What a difference 10 years makes.

Billions of dollars have been poured into downtown to redevelop historic structures, a veritable hotel district has emerged with no less than five new hotels, new retail draws visitors every day. There’s a revived Campus Martius, a new Beacon Park, a permanent Spirit Plaza. And some of the biggest developments are still underway.

Source: Trends that defined Detroit in the 2010s – Curbed Detroit