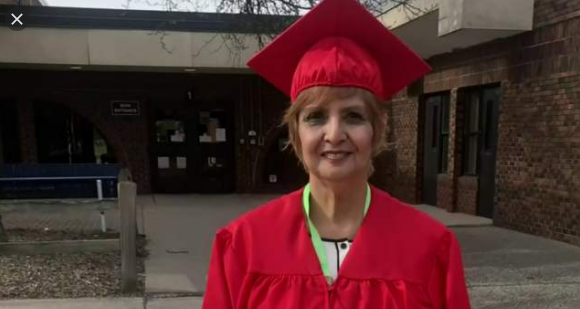 Utica Community Schools’ continuing education center has plenty of success stories, but very few have the experience like Hermelinda Sporea does.

At 70 years old, Sporea is an inspiration, finally earning her high school diploma half a century later than expected.

In 1963, when she was 13 years old, Sporea was already working. At that time, it wasn’t uncommon for kids to drop out of school, opting to work instead.

She continued to work, but also got training in other areas — earning five certificates and working in printing and advertising. Sporea eventually went on to meet her husband, start a family and raise five children. She also opened her own salon after attending beauty school.

Though she says she’s grateful for all that she accomplished in her life, there was one goal she had yet to reach — receiving her high school diploma.