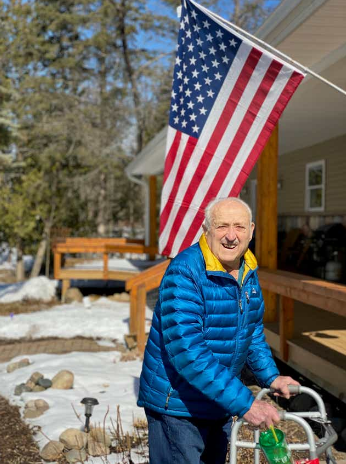 He was a World War II Navy electrician, survived a Pacific Ocean typhoon and his witty sense of humor provided joy to all.

Charles “Chas” Roger Otto, 95, died surrounded by his family on Thursday in his home in Hilman, Michigan.

Otto joined the military in 1943 in the midst of World War II. He worked as a U.S. Navy electrician and — like many seamen during the war — Otto belonged to the ocean and didn’t see land for more than two years.

During his time in the Navy, he was abroad on the USS Callaghan, which was attached to Admiral William F. Halsey’s fleet.

One day, a typhoon in the Pacific Ocean capsized three other ships but spared Otto’s small destroyer. He said only a surplus of fuel saved him and the other sailors aboard, according to his family.