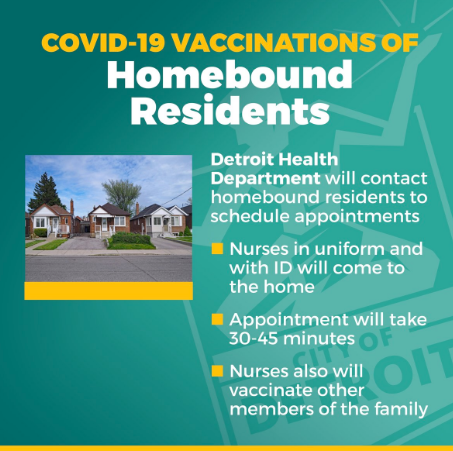 The City of Detroit will begin vaccinating its homebound residents beginning Monday in a major new push to reach a segment of the population that – despite the broad availability of vaccination sites – have not been able to receive a vaccine. Starting today, these residents will begin to be contacted directly, based on a list of known homebound individuals provided by the State of Michigan.

The new program is the latest in the city’s ongoing efforts to reach its most vulnerable populations by visiting homeless shelters, senior buildings and other assisted living facilities, as well as providing access for disabled residents and those without their own transportation and doing door-to-door outreach and education.