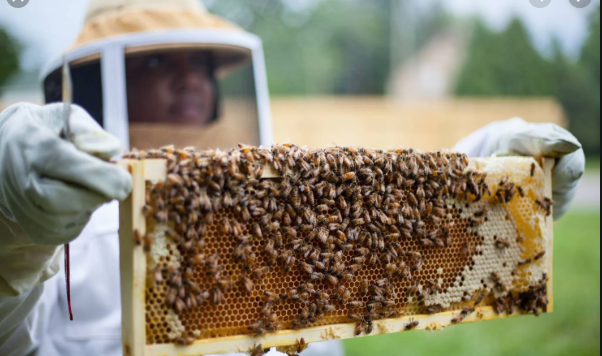 After nearly two months, Timothy Paule Jackson’s cold and cough still would not go away.

It was December 2016, and Jackson had tried every type of medication and home remedy he could think of — garlic, turmeric, lemon, ginger and more. Nothing worked. Then he went to a local convenience store to buy snacks, and the owner suggested he eat local, raw honey.

Eager to try anything that might help, Jackson gave it a shot. His cough dissipated within a few weeks. He started researching raw honey and learned that some people used it to soothe throats, replace sugar as a slightly healthier alternative and heal inflamed skin.

Jackson’s city of Detroit, meanwhile, was seeking residents and nonprofit organizations to buy 90,000 vacant lots for a low price in areas where the city could not afford to lure developers. Although Detroit has seen a wave of new investors since 2013 when it filed for bankruptcy, 38 percent of its residents still live below the poverty line. Jackson and his girlfriend, Nicole Lindsey, thought about turning one of the vacant lots into something trendy, like a peacock farm or an urban campsite.