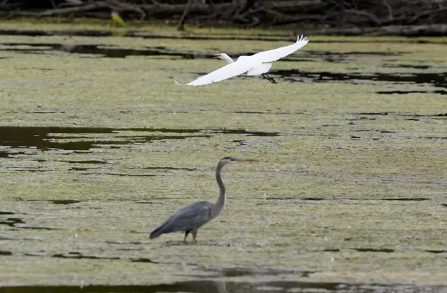 Harris and colleagues have placed trail cameras in woodsy sections of 25 city parks for the past five years. They’ve recorded thousands of images of animals that emerge mostly at night to roam and forage, revealing a wild side many locals might not know exists.

“We’re getting more and more exposure to wildlife in urban environments,” Harris said recently while checking several of the devices fastened to trees with steel cables near the ground. “As we’re changing their habitats, as we’re expanding the footprint of urbanization, … we’ll increasingly come in contact with them.”