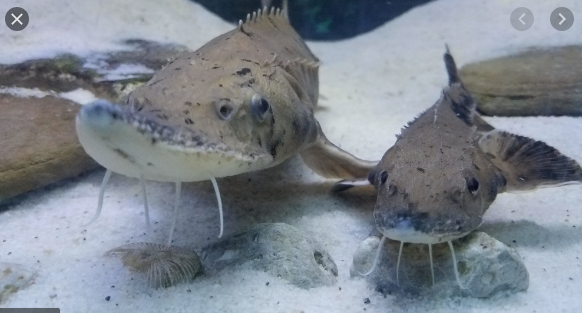 While the nation’s political anxiety has arguably never been higher, it may provide some respite to remember that regardless of the political climate, the natural world continues to carry on around us.

Take, for example, sturgeon which live in and around metro Detroit waterways. Jeremy Guc, Vice President of St. Clair Detroit River Sturgeon For Tomorrow, elaborates on this prehistoric fish.

The Great Lakes Sturgeon can grow up to 8 feet long and easily live up to 150 years old. Guc says that aside from being the largest fish in the Great Lakes, the sturgeon species is also the most prehistoric. “Sturgeon as a species have been around for almost 200 million years basically,” says Guc.

The Giant of the Great Lakes

Guc says the Lake Sturgeon is the species native to the Great Lakes but that they aren’t as plentiful as they once were. “Population estimates put them at about 1% of their historic populations, so not nearly as many today as there were a couple of hundred years ago,” says Guc. He explains that the reasons for that population loss are unfortunately the typical ones, pointing to issues including commercial fishing, overharvest at the turn of the century, habitat degradation and poor water quality.

“I think people would find it hard to believe that just right outside the Riverwalk in Downtown Detroit in the water, there are fish that are 6 and 7 feet long…you don’t see them so you don’t know about them.” — Jeremy Guc, Vice President of the St. Clair Detroit River Chapter of Sturgeon For Tomorrow

While you definitely don’t have to be an angler to appreciate these aquatic giants, if you are someone who’s interested in trying to catch a Lake Sturgeon, Guc says they are hearty enough to tolerate the catch and release method. “[Michigan] DNR records show that there any many fish that are tagged… and there have been many fish that have been caught multiple times over a couple of decades,” says Guc. He says in this way, the fish are unique as three generations of anglers can all potentially catch the same fish. Guc also notes that many members of his group, Sturgeon For Tomorrow, are anglers who were attracted to the group as a way to preserve and protect the fish species.

Source: Did You Know There Are 150 Year Old Fish Swimming Around The Great Lakes? | WDET