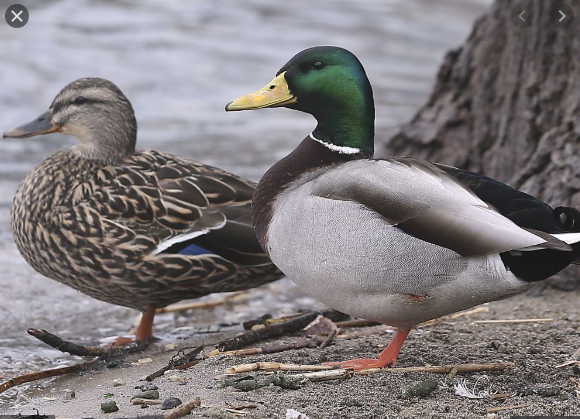 They will be on the hunt for ducks this Saturday in Amherstburg but only binoculars and telescopes are allowed.

Volunteers associated with Birds Canada and the Essex County Field Naturalists Club will be counting ducks as part of their annual winter survey in a part of the lower Detroit River designated as an Important Bird and Biodiversity Area (IBA).

Officials with Birds Canada decided to give the public a glimpse of their work at King’s Navy Yard Park from 10 a.m. to 1 p.m.

Expert birders will be on hand with scopes and binoculars to help the public locate and identify ducks on the river. There will be a scavenger hunt, hot chocolate and snacks.

“We have been doing a survey along the river and we wanted to have an event to highlight it,” said Amanda Bichel, the Ontario IBA co-ordinator for Birds Canada.

Bichel said spotters annually survey the duck population between the north end of Fighting Island to the mouth of the Detroit River twice in January and February.

“They use the river to eat and as a wintering area so we want to know how many are using the entire IBA,” Bichel said of the yearly counts.

Birds are excellent environmental indicators. Studying birds is a great way to understand the overall health of local ecosystems and the environment.

A number of species, including shore birds, have been in a serious decline in recent years although Bichel reports that waterfowl are actually on an upswing thanks to the efforts of conservationists and citizen scientists.

“Knowing what’s going on in a species population trend is important,” she said. “We want to show people and get them excited about birds.”