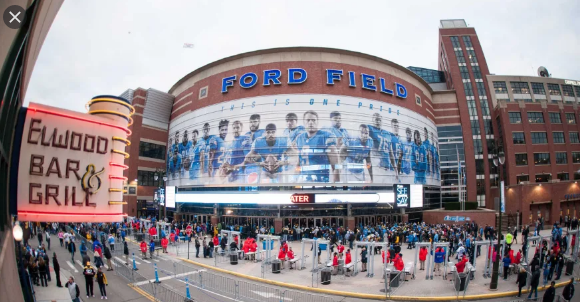 White House COVID-19 response coordinator Jeff Zients announced on Friday that Ford Field, home of the NFL’s Detroit Lions, will soon be used as a COVID-19 vaccination clinic that is run by the Federal Emergency Management Agency (FEMA).

“Today, in fact, I’m pleased to announce the addition of a new FEMA supported site in Detroit. This site located at Ford Field, home of the Detroit Lions, has the ability to administer 6,000 shots per day,” Zients said during a briefing, per Christina Hall and Kristen Jordan Shamus of the Detroit Free Press. “And last night, President Biden announced the deployment of more than 4,000 active duty troops to support vaccination efforts, bringing the total troop deployment to over 6,000.”

According to Grant Hermes of Local 4 WDIV Detroit, the Ford Field site is “expected to be up and running by March 24.”

Ahead of Super Bowl LV, NFL commissioner Roger Goodell confirmed that he offered all league stadiums as sites for vaccinations in a letter delivered to President Biden. ESPN’s Adam Schefter added that at least 15 NFL team facilities were in use as of Friday afternoon.