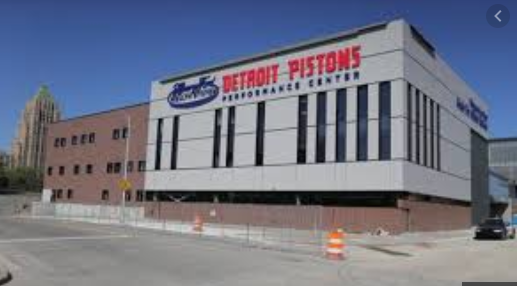 The three-story, $37-million sports medicine center at 690 Amsterdam in Midtown Detroit is expected to open by Oct. 15, when the center relocates from its current, smaller and less-equipped location a few blocks away at 6525 Second Ave.

The 54,000-square-foot sports medicine center is one half of the new Henry Ford-Detroit Pistons Performance Center. It is connected by a glass walkway to the other half: the Pistons’ $90-million center containing the NBA’s team’s new practice facilities and offices. That center is also set to open in October.

Source: New sports medicine center opens in Detroit next to the Pistons