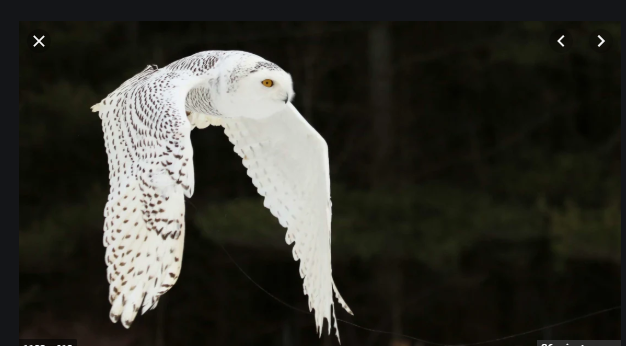 Arctic Snowy Owls Are Descending on Detroit—Here’s Why
Detroit residents are hosting an influx of majestic snowy owls that are swooping all over the city—and, as much as we’d love to believe it, they’re not there to deliver mail to Harry Potter’s American counterparts.

Due to an especially productive breeding season last year, the Arctic is now home to an unusually high number of snowy owls. The younger ones, therefore, have flown south to spend the winter in a region where less competition—and less snow—makes it easier to find food. Come spring, they’ll head back up north to breed.

Detroit Audubon program coordinator Bailey Lininger told the Detroit Metro Times that this irregular migration event, called an irruption, isn’t a first for Detroit: The snowy owls also swept down from the Arctic during the winter of 2013 to 2014.

Because the birds are diurnal rather than nocturnal, they’re not hard to spot hunting around town or roosting atop office buildings—one woman even found one hanging out on the roof of her car. If you’re accustomed to beautiful birds spooking easily and staying as far from humans as possible, the snowy owls’ behavior might seem strangely brazen; but snowy owls don’t have natural predators, and they’re unaccustomed humans, so they really have no reason to fear us. Lininger hopes we can keep it that way.

“We want to be welcoming hosts for the snowy owls when they’re in our city,” she told the Detroit Metro Times. “They’re not used to seeing or being around humans, so don’t harass them or freak them out.” If you do, you could actually face charges—the U.S. Migratory Bird Treaty Act makes it illegal to hunt, capture, or even damage the nests of snowy owls.

Bird watching, on the other hand, is a lovely, legal way to appreciate the magnificence of the winged winter tourists—just be sure to follow ethical birding guidelines and avoid harassing or disturbing the owls. If you live in Detroit, your best bet is to look for them at airports or open fields where they’re likely to hunt small, scurrying creatures.