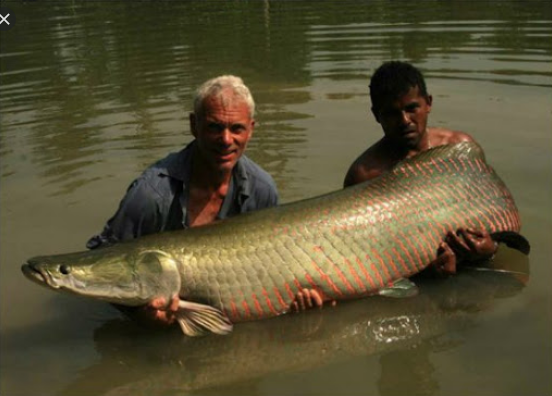 It took three biologists to haul a 240-pound (109 kilograms) fish out of the Detroit River in Michigan last month. The nearly 7-foot-long (2.1 meters) “monster’ sturgeon,” caught and released by the Alpena Fish and Wildlife Conservation Office, could be more than 100 years old. It’s a mightily impressive catch for sure, but is it the biggest freshwater fish in the world?

The Detroit River fish is a lake sturgeon (Acipenser fulvescens), and while it is believed to be one of the largest ever caught in the U.S., there are much bigger fish swimming in rivers around the world. According to the U.S. Geological Survey, the planet’s largest freshwater fish is the beluga sturgeon (Huso huso), living between Europe and Asia in the Black, Azov and Caspian seas, and the rivers feeding them.