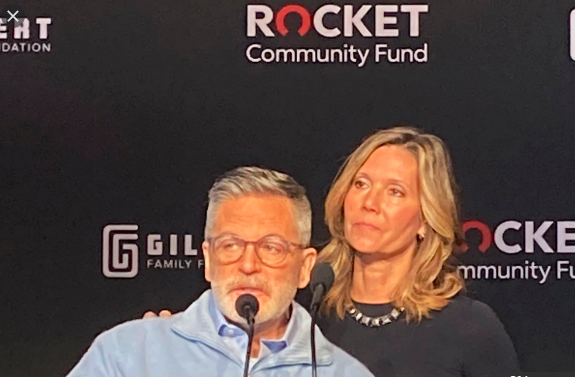 A billionaire businessman whose companies have invigorated Detroit’s downtown announced a $500 million fund to improve neighborhoods on Thursday, starting with $15 million that will pay off the property tax debt of 20,000 of the city’s poorest homeowners.

The money will come from two philanthropic organizations connected to Quicken Loans founder Dan Gilbert, who announced the plan.

The $15 million Detroit Tax Relief Fund will leverage existing state and local programs that eliminate or reduce property tax bills, then pay off the remaining tax bill. It will be administered by a local nonprofit that also will provide counseling to homeowners to keep them out of future property tax debt. Other potential uses of the $500 million funding were not announced Thursday.

“No person should have to make the decision between keeping their home or feeding their family,” Gilbert, a Detroit native, said at a news conference.