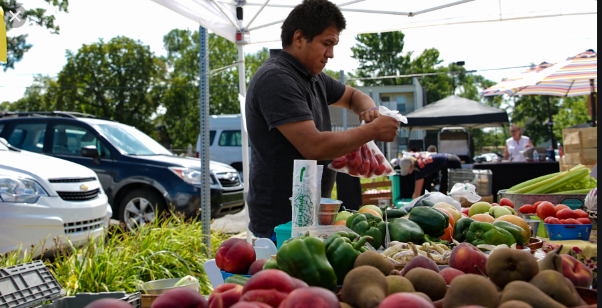 Following the 1967 Detroit riots, the city changed in previously unimaginable ways. For residents of the city’s Mexicantown neighborhood in southwest Detroit, the tumult would threaten one of their most basic human needs.

J. Ricardo Guzman had spent years, going back to the 1950s, trying to navigate the healthcare system on behalf of his mother, who had lupus and was uninsured. But in those years after the riots, Guzman’s focus shifted to a different kind of access issue.

“We had a little rebellion in 1967, and the after effect was not only the white flight out of the city, but there were a lot of businesses that closed as well as physicians that left,” he said.

Guzman, who grew up in Mexicantown, recalled four community hospitals and clinics that closed or were consolidated in that area in quick succession during the late 1960s and early 1970s, leaving his community in a kind of healthcare desert.

“There weren’t any physicians, any hospitals, any clinics,” he said.

Facing such circumstances, Guzman and other leaders in Detroit’s Mexican-American community began to investigate bringing basic care back to their southwest Detroit neighborhood. They learned about the community health center model, which had recently been enabled by then-President Lyndon B. Johnson’s “War on Poverty” and the associated Economic Opportunity Act of 1964, and decided to implement it.

In what Guzman said was a benefit of “being at the right place at the right time,” he and his partners pitched Michigan’s governor at that time, William Milliken, a Republican, on their idea to provide a new kind of healthcare system to serve their community. Milliken gave them a grant of $150,000 from his discretionary fund, while a local Catholic church, Most Holy Redeemer, gave them heavily discounted rent on a home where patients could be seen. When they found some volunteers, the Community Health and Social Services Center, known as CHASS, was born.

Source: A Health Center Serves as an Oasis in Southwest Detroit