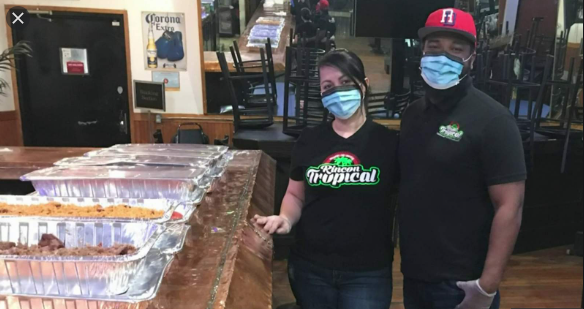 There’s a movement underway in Detroit to help feed the needy.

The initiative started after local restaurants had to shut down due to COVID-19.

The initiative is all about paying it forward and they’re doing just that by feeding families in the city of Detroit.

At the beginning of the stay-at-home order, the Detroit Homeless Shelter and the Neighborhood Service Organization put out a call for help to feed its residents.

That call was answered by a group of minority-owned restaurants who quickly jumped in to start feeling families. They said it’s overwhelming how many donations they’ve received.

Over the past two months, the campaign has grown. The group raised nearly $55,000 and they’re now feeding meals to folks in four different homeless shelters .

Grateful and inspired — the campaign’s five original founders all live and work in the city of Detroit. They felt compelled to do something beyond their day jobs tgive back during a difficult time.