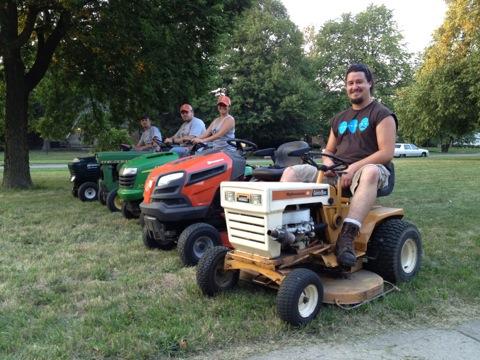 Crain’s reported in May that the Detroit Mower Gang, a volunteer group of community activists that has been grooming parks in Detroit since 2010, was getting a big assist for its 2016 mowing season from Craftsman, which was donating $18,000 worth of lawn and garden equipment, including five riding mowers, trimmers, hedgers and other gear.

Craftsman has put out a promotional video that shows off the gang and its new equipment, though no video about Detroit seems complete without shots from sloooooowly moving vehicles showing buildings in the last stages of decay, garbage strewn about and, of course, parks so overgrown you can barely see the swings.