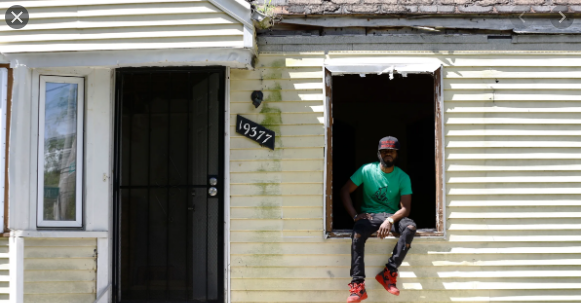 This is what Detroit contractor Alonzo Ramon, who goes by his rapper stage name King Yadee, saw when he returned to see the neighborhood where he grew up.

The area, located off Seven Mile Road at Archdale and Vassar, was a disaster. Yadee immediately wanted to fix it.

So he put his music career aside to begin doing what seemed like the impossible: buy up his entire childhood neighborhood and bring it back to life. His brother encouraged him to go to school to learn how to accomplish it all.

And so far, it’s working. The company, called Th3 Block Development, has been able to purchase three abandoned homes on Archdale with two more homes on the block owned by investors. It has been working to renovate them for about a year.

When Yadee first entered the abandoned homes, the homes were completely trashed and had been vacant since 2010. He and his team began knocking down the walls to see what the structures looked like and immediately started the renovation.