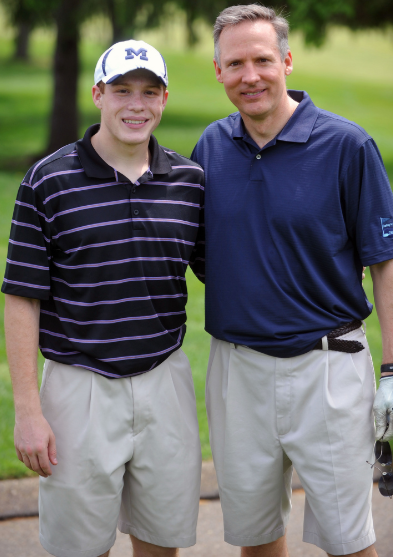 Former Michigan quarterback Rich Hewlett and his late wife, Chris, wanted to do something to help find a cure for Type 1 diabetes after their son, Jeff, was diagnosed.

They created the Swing to Cure Diabetes golf outing, which celebrated its 10th anniversary on Monday at the Michigan Golf Course, and has raised about $800,000 since its creation. The funds benefit the Juvenile Diabetes Research Foundation (JDRF) and the University of Michigan Comprehensive Diabetes Center.

Longtime Michigan coach Lloyd Carr dropped by at the event as he always does, and Michigan coach Jim Harbaugh visited for an hour before heading to the airport with his daughter, Addie, for a mission trip to Peru.

“It’s that extra bonus that makes it an extra special event,” said Michigan running back Joe Hewlett, who plays for Harbaugh, said of his coach’s participation in the event.